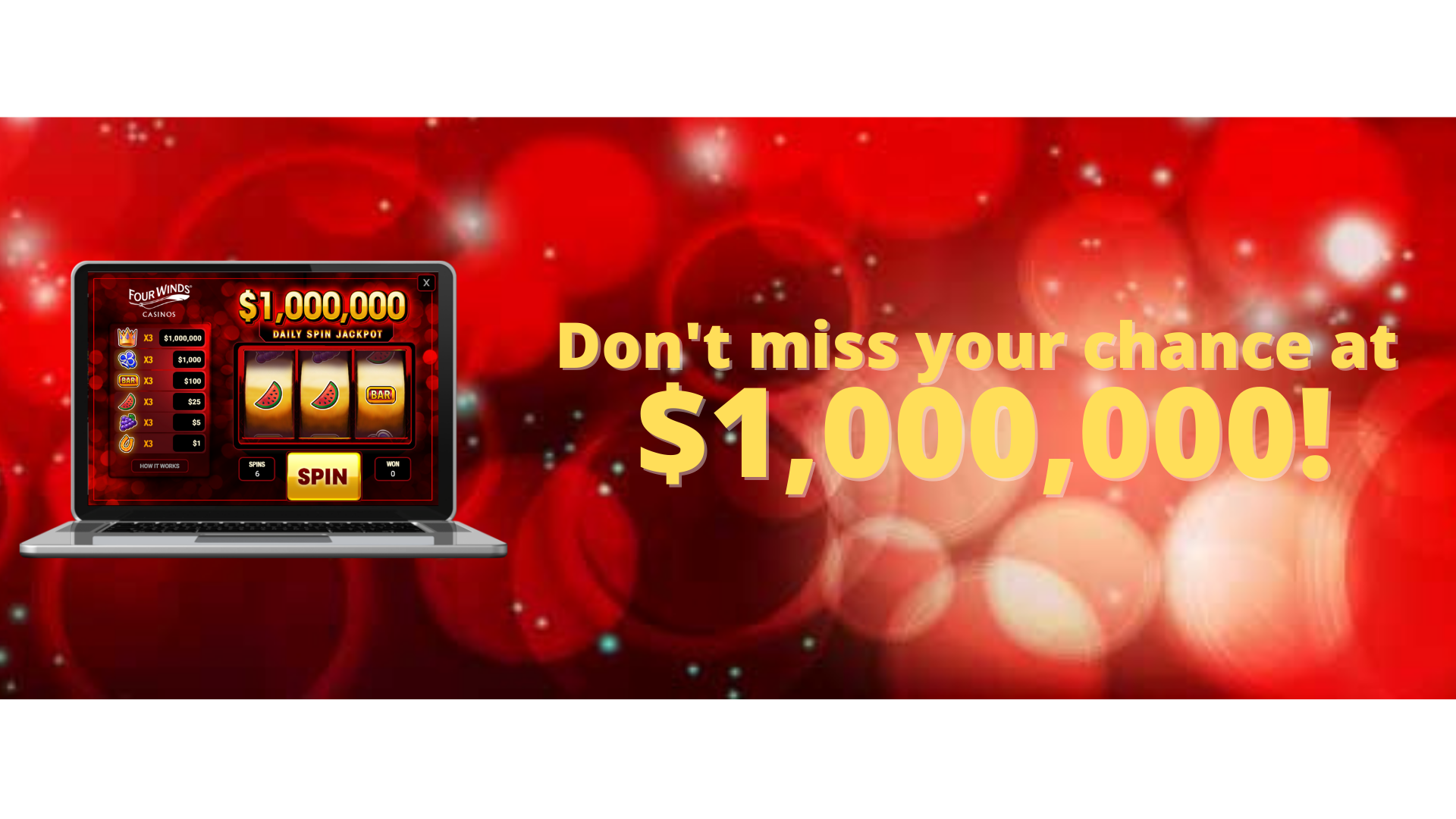 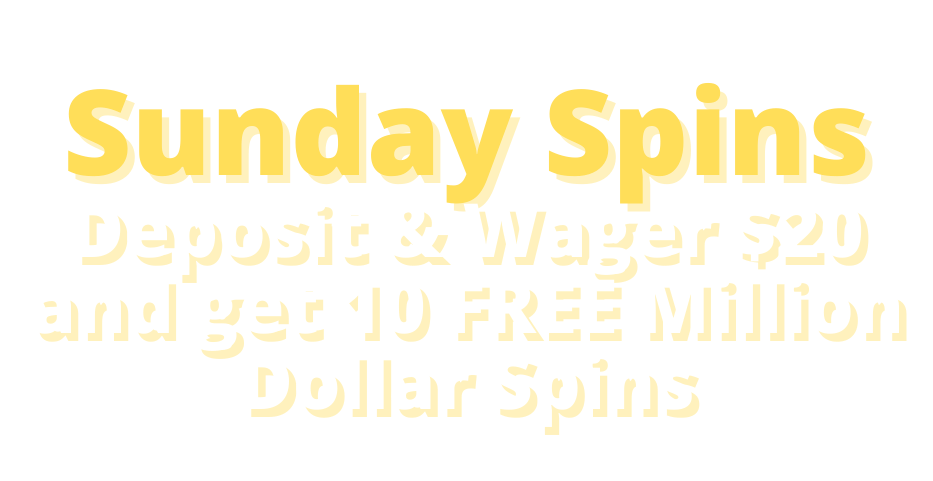 To Enter: Players who make a deposit of $20 or more and wager $20 or more during the earning period will receive 10 Free Spins for the Million Dollar jackpot. Once a participant has spun the promotional device, she/he will be informed immediately following the spin if she/he has won a prize, subject to verification of eligibility. If a participant does not receive a message that she/he has won a prize immediately following the spin, such participant is not a winner. If a participant is notified that she/he is a winner, she/he must comply with all conditions of these Official Rules and winning is contingent on fulfilling all requirements.